Mesut Özil and Henrikh Mkhitaryan have been singled out as the first potential casualties as Arsenal look to offload their highest earners and improve other areas of the squad. 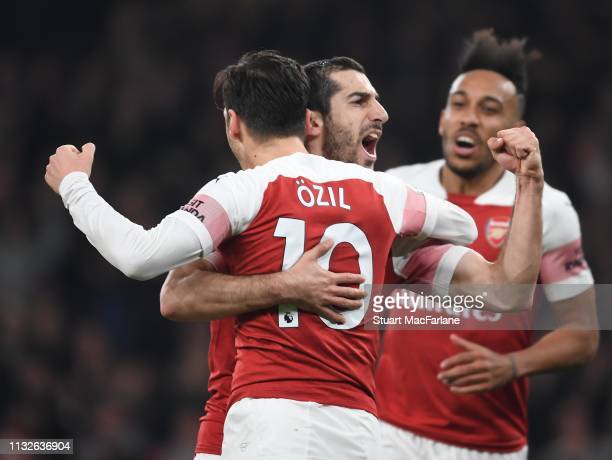 The Mirror  have claimed that Arsenal are looking to sell £350,000 per week Özil and £180,000 per week Mkhitaryan this summer in order free up space on the wage bill to strengthen other areas of the squad.

After a stressful January transfer window for fans, the Gunners were limited to only loan signings and brought in Barcelona’s Denis Suárez for the remainder of the season who has yet to impress so far.

With the potential sales of World Cup winner Özil, and Armenian international Mkhitaryan, Unai Emery should experience more freedom in the transfer market, especially should the club qualify for next season’s UEFA Champions League.

With Aaron Ramsey’s confirmed free transfer to Juventus, Petr Cech’s retirement and Danny Welbeck’s release looking increasingly likely, a squad overhaul looks to be on the cards, and the wage bill is already opening up for future incoming transfers.

Unai Emery on Ozil: “I decided the players who are the best for this match. We win with him and lose with him. Not one player is for sale.” pic.twitter.com/uG8hBoDghQ

It is worth noting that when questioned in January, Emery claimed that no players are for sale, and dismissed reports of a rift between himself and the German.

All you need to know about Gabriel Maglhães: From Brazil’s second tier to Arsenal